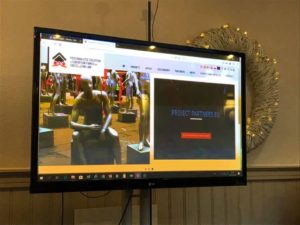 The Open Dissemination Meeting and Public Conference of the PSEFS Project took place the last December 14th at the Leopold Hotel, in the Brussels’ EU district.

PSEFS is an acronym that stands for “Personalized Solution in European Family and Succession Law”: a project co-funded by the European Union’s Justice Programme (2014-2020). The Open Dissemination Meeting was the opportunity to present to the press the project, that is led by the partnership of four universities and an important cultural institution.

The second part of the meeting had the participation of Michael Wilderspin, Legal Adviser at the Legal Service of the European Commission, as the chairman. In this second part we had speeches of experts from different countries and sectors. Judges and lawyers of the European Court of Justice: Marko Ilešic (Judge, Court of Justice of the EU) and Juan Ignacio Signes de Mesa (Attorney, General Court of Justice of the EU); senior officials and diplomats: Kristian Turkalj (State Secretary at the Ministry of Justice of the Republic of Croatia), Paolo Bruno (“Justice and Home Affairs” Counsellor, Permanent Representation of Italy to the EU); and Paolo Palminteri (Consul General of Italy in Rijeka); notaries and lawyers: Nataša Erjavec (notary, Slovenia), José María Gómez-Riesco Tabernero de Paz (notary, Spain), Biserka Cmrlec-Kišic (notary, Croatia), Cinzia Calabrese (lawyer, Italian